Each month we run a dedicated column in the Aptos Times and Capitola/Soquel Times pertaining to Mid-County water supply issues. This is our July 2016 Column.

On June 7, 2016, the Soquel Creek Water District (District) Board of Directors approved its Fiscal Year (FY) 2016 to 2017 Budget (PDF). The year's budget took a new approach for its development, utilizing a priority-based budget process and integrating criteria from the Government Finance Officers Association (GFOA) for best practices in budget presentation. The new format also aligns the District's financial planning and its fiscal spending with its Strategic Plan and core mission of "providing a safe, high quality, reliable, and sustainable water supply to meet our community's present and future needs in an environmentally sensitive and economically responsible manner."

Significant declines in water consumption, as a result of four years of consecutive drought, groundwater overdraft, and the Governor's mandate to reduce statewide urban water consumption by 25%, have impacted the revenue available to fund operations. This challenge has not only affected our District but water agencies throughout California. Many water agencies, just as ours, faced challenges to reduce overall operating expenses and isolate critical projects for funding from a wide array of important endeavors.

This year we had to work harder than ever before to allocate resources to work with the reduced income from significantly lower consumption as much of our day-to-day operational expenses are fixed. Through an enhanced process and a strategically focused priority-based budget, we feel the District is positioned well to be fiscally responsible and serve our customers in the best manner possible.

What's in This Year's Budget

The balanced budget includes forecasted expenditures for the upcoming year of $29.4 million.

Income: As a non‐profit, local government agency, the costs of providing water service and protecting groundwater resources are financed by rates and fees charged to District customers. The District receives no revenue from taxes. Operating revenues, therefore, consist primarily of water sales and monthly service charges. Additional operating revenues include restricted use revenues such as water capacity fees and connection fees paid by developers, and any grant revenue the District may be awarded.

Expenses: Over 50% of the District's budget this year is for Capital Improvement Projects (CIP) which reflects the District's commitment to water basin sustainability and improvements to water system infrastructure. Significant projects include completion of the Hexavalent Chromium Treatment Plant, the purchase of the property adjacent to the District's headquarters, and the initial work to replace the aging cast iron water main along Soquel Drive. The operating expenses account for $12.3 million (42% of the budget) which broadly covers personnel, operations and maintenance of our existing drinking wells, holding tanks, and pipelines, and power to ensure that high-quality service and water is accessible to our customers 365 days a year, 24 hours a day. Other expenditures in this area include preparing an environmental impact report (EIR) for an Advanced Purified Groundwater Replenishment Project, contributions toward the Santa Cruz Mid‐County Groundwater Management Agency and the work being performed through them on the groundwater model, and conducting studies and purchasing water from the City of Santa Cruz through the Water Transfer Pilot Project efforts. Other key items to note:

Reserves: The District expects to have $5.8 million in reserves at the end of the FY 2016/2017. Although it may appear that the District is spending down considerable reserves in 2016/2017, the reality is that beginning reserves included $11 million that had been borrowed to complete the Chromium VI treatment plant that is scheduled to begin construction this fiscal year. Beginning reserves, excluding money set aside for specific capital projects, were actually $6.95 million and are only projected to be reduced by $1.1 million this budget year. This year, the District Board authorized three categorical reserves: Rate Stabilization Reserve, an Operating Contingency Reserve, and an Infrastructure Maintenance Reserve. Any remaining funds would be allocated to general reserves.

If you have any questions about this month's topic or anything else related to Soquel Creek Water District, feel free to email Melanie Schumacher at or call 831-475-8501, ext. 153. 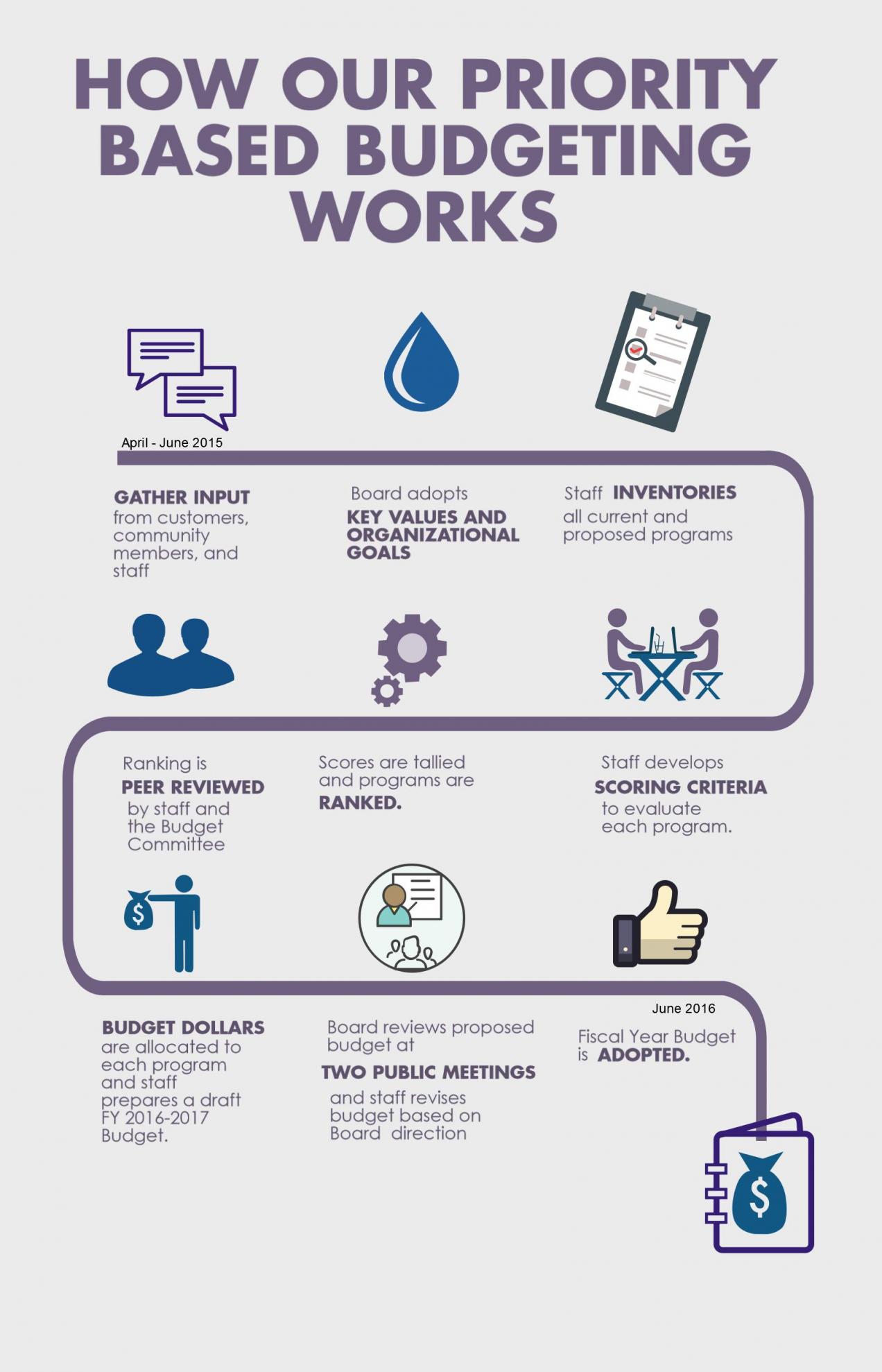