The Surface Water Pilot Project is part of the District's Community Water Plan, our multi-pronged approach to restoring the groundwater basin and preventing further seawater intrusion. For the first winter, the District purchased excess treated surface water from the City of Santa Cruz and delivered it to homes and businesses in an isolated zone. The water purchased from the City of Santa Cruz was water treated at the City's Graham Hill Water Treatment Plant prior to entering Soquel Creek Water District's distribution system. All transferred water is the same drinking water supplied to customers of the City of Santa Cruz Water Department. Click here for the City's most recent Consumer Confidence Report (PDF) that summarizes the City's water quality data.

Area That Received This Water

View the interactive map to see if your house or business received treated drinking water from the City of Santa Cruz. 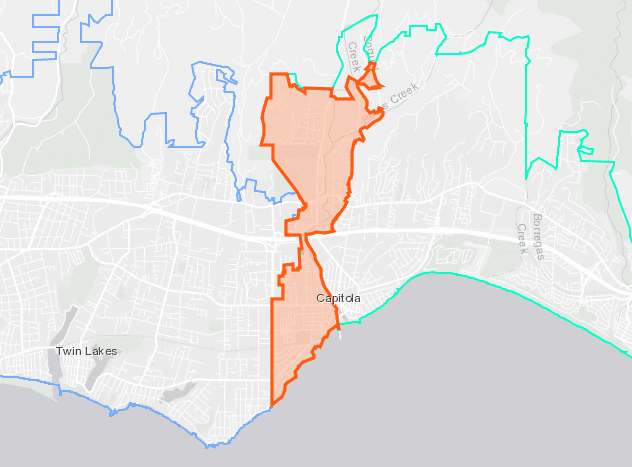 When Did It Start & How Long Will It Last?

The change of water source in this isolated area began in early December 2018 and lasted through April 2019. The last year of the pilot project is this upcoming winter. If excess surface water from the City is available, it is planned to start importing water again in November 2019. Some terms and conditions include Loch Lomond Reservoir being full and is spilling or anticipated to be full by April 1, aquatic flows meet requirements, and the City of Santa Cruz is not in a mandatory curtailment. View the weekly water conditions of Santa Cruz's water system.

Water quality changes can occur whenever a change in drinking water source is made. These changes are not expected to affect the safety of your drinking water in that area but you may see changes in water hardness and water aesthetics including discoloration, taste, chlorine odor, and turbidity.